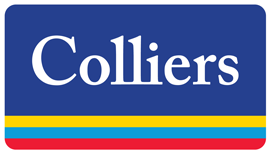 Q3 2021 has been the most active quarter in terms of investment volume in Latvia, exceeding EUR 330 million due to Akropolis Group signing an agreement to acquire the Alfa SC and EfTEN signing an agreement to acquire Jauna Teika BC for EUR 131 million. Total Latvian investment volume might exceed EUR 600 million in 2021 if both these transactions are approved by the competition council. Interest in the rental residential segment remains high, which resulted in BTA and YIT going into a joint venture to build rental buildings in all three Baltic capitals. Prime office yield compressed by 20 bps to 5.6% and prime industrial yield compressed by 25 bps to 6.75%. Both segments might experience further yield compression. Prime shopping centre yield remained stable at 7.0%.

Q3 2021 was somewhat calmer after a particularly active previous quarter with total Lithuanian investment volume remaining just over EUR 100 million, based on preliminary data. Same as in Q1, the retail segment continued to dominate demand, followed by industrial and office properties. The retail segment accounted for a significant part of total investment volume due to sale of the Liepu 81 SC in Klaipeda after transferring the shares of VPH to NDX Group, while most office deals remained below the EUR 1 million threshold. Large-scale deals in the industrial segment included acquisition of the Lelija production complex in Vilnius by Project Lilium, and sale of the Yazaki Wiring Technologies industrial complex in Klaipeda FEZ to Transmejos NT. Investor activity led to downward pressure on yields in the industrial and office segments (evidence of actual decline is expected in the near term).

Development in the Tallinn office market remains active with total GLA of almost 140,000 sqm (12.8% of total stock; 16 projects) under construction in September. Q3 2021 saw completion of the SKYON (Class A; anchor tenant – COOP Pank; fully leased) project in CBD. Notable new projects started in Q3 include the Liivalaia 9 Office Building in CBD and Tondi Park (Tammsaare 56) in Kristiine. Additionally, construction work on Class A Roseni Maja in CBD started in October. Demand is continually driven by expansions in ICT, the blockchain industry and healthcare sectors. Additionally, G4S signed an agreement and will move to new premises (B-t-S; 3,100 sqm) developed by Astlanda in Kristiine city district in Q4 2022. Vacancy continues to fluctuate around 8-9%, seeing some decline in Class A and Class B2 buildings by the end of the quarter.

In Q3 2021, the Riga office market expanded by an additional 2,000 sqm as the Icon office building (fully leased) was put into operation. In addition to over 85,000 sqm of office space under construction at the beginning of the quarter, three new projects have started since then: the first stage of Gustavs BC, the office building on Mihaila Tala St 1, and Rimi HQ, adding over 34,000 sqm of office space to the construction pipeline. The largest take-up transaction of the quarter was SEB SSC signing a lease agreement for 11,000 sqm at Gustavs BC, which was also among the largest take-up deals of recent years. High demand is expected to continue, driven by the BPO/GBS sector. Rent rates remained stable throughout the quarter, though with pre-lease headline rents for upcoming office premises seeing upward movement. 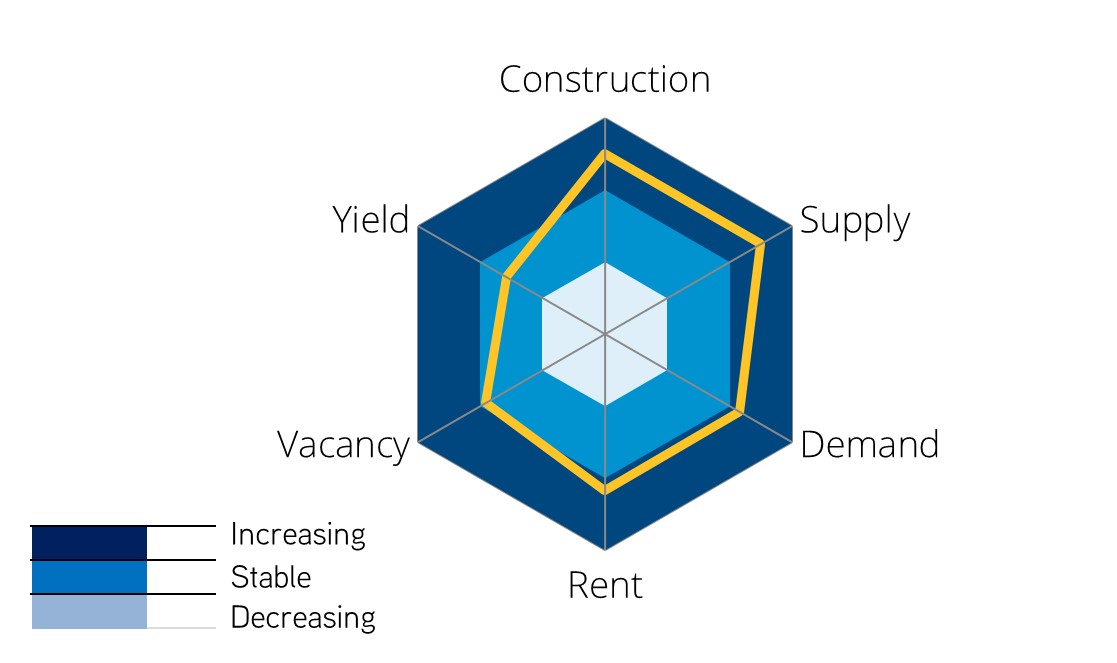 In Q3 2021, the Vilnius office market expanded in the Class B1 segment by GLA of 32,600 sqm, following full completion of Business Garden BC (stage I). The development pipeline shrank but remained sizeable at GLA 190,400 sqm, of which 35,700 sqm is expected to be completed this year and the rest in 2022-2023. Office take-up in Q3 2021 reached over 32,200 sqm in total. The largest lease agreement was signed by the Girteka logistics company for occupying 14,000 sqm of premises at the Freedom 36 BC. Rent rates remained stable compared to the previous quarter, but rising construction costs are exerting upward pressure on rents. The vacancy level increased, mostly due to large vacancy in the newly completed Business Garden BC (stage I). Upcoming new supply of office space is expected to result in a slight increase in vacancy at the end of the year.

The retail sector remains active in Tallinn region, driven by active expansion of the Prisma grocery chain. Q3 2021 saw the opening of Prisma supermarkets in Lasnamäe and Tiiskre and the start of construction work on three new Prisma stores in Tallinn region (Saue, Maardu and Astangu) with planned completion in 2022. Q3 saw completion of the renovation of Järve Centre, opening of the refurbished Kaubamaja Toidumaailm and Ilumaailm departments in Viru Keksus as well as the start of renovation work on Viru Keskus to give a new look and content (more catering options, healthcare cluster) to the centre. Discount and low-price fast fashion brands, paying rent rates at around 5-9 EUR/sqm are among the most active players on the leasing market. In Q3, Tallinna Kaubamaja Group announced the closure of its ABC King and SHU physical stores during 2022. Nevertheless, vacancy is not expected to increase gradually due to these store closures, as SC owners had already started to look for replacements a year ago.

In Q3 2021, the Riga retail market saw two additions to stock – Domina Shopping completed an expansion (though the entertainment part is not yet open) and a 5th DEPO DIY opened in the Imanta district of Riga. Some investments are continually being made in improvements to premises and/or tenant mix. 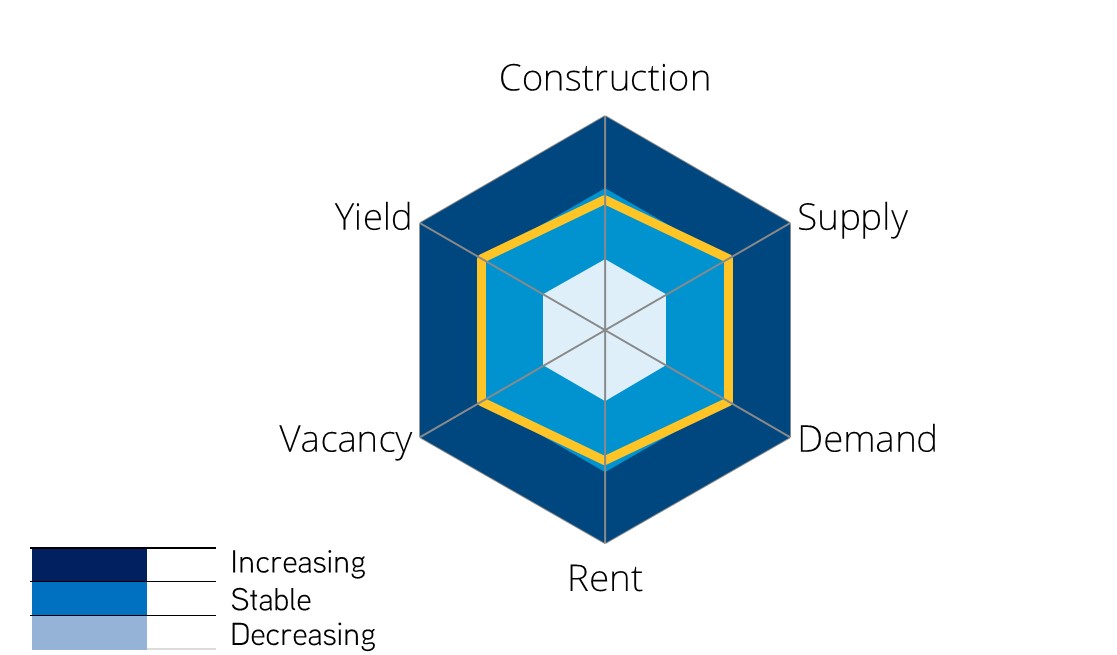 In Q3 2021, the Vilnius retail market did not observe any changes in supply. However, Panorama SC announced reconstruction plans with the possibility for expansion, Ozas SC received a permit for reconstruction and Akropolis SC received a BREEAM certificate. New restrictions imposed on SCs larger than 1,500 sqm to serve customers only with a COVID passport resulted in significantly reduced footfall, while smaller retail premises enjoyed an increase in turnover but faced challenges in managing the increased customer flow. Rent rates remained stable, though due to various concessions applied for tenants, rental income in SCs has declined. Changes in consumer behaviour were observed as customers tend to come to SCs less often but visit more stores and make more purchases during their visit.

The industrial segment remains rather active in Tallinn and its suburbs in terms of new developments with a total area of approx. 162,500 sqm (45 projects) under construction and 31,055 sqm (9 projects) in the completion phase in September. Notable new projects include the R13 BP (7,345 sqm), and Rukki tee 2 (8,780 sqm), Tähesaju 9 (5,050 sqm), Kokasauna põik 1 (3,400 sqm) stock-office projects as well as the start of demolition work on the site for development of a 10,000 sqm Elcogen production facility. Development of stock-office premises continues to trend upwards with at least 59,130 sqm (18 projects) remaining under construction as retailers continue to generate the strongest demand for new space. Due to buoyant demand, vacancy slightly decreased to 3.4%.

In Q3 2021, warehouse stock remained unchanged in the Vilnius market. The development pipeline remained active with new warehouse space amounting to 116,600 sqm under construction by quarter-end, of which over 65% was speculative. Occupier activity has been active in Q3, predominantly driven by new lease agreements from wholesale and retail trade companies and last-mile delivery logistics. Notable agreements were signed by parcel delivery company DHL Lietuva and Eika Asset Management for 4,700 sqm terminal construction and lease within the boundary of Vilnius Airport. Despite efforts by developers to manage growth of construction costs by simplifying certain construction solutions, rent rates moved upwards mainly due to high demand and non-existent vacancy. 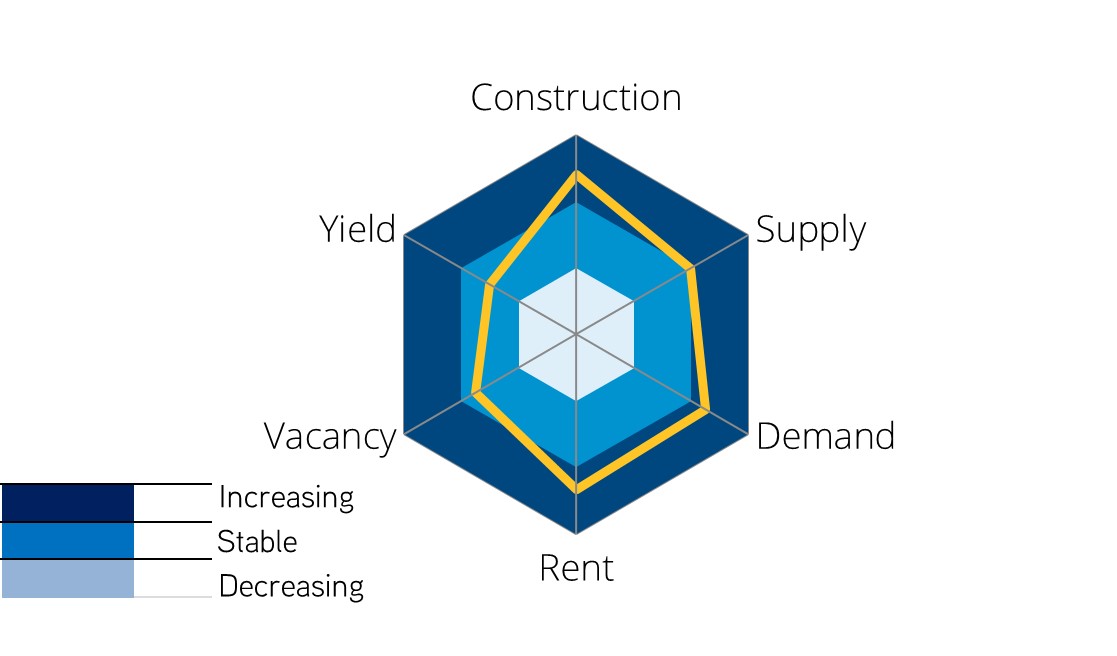 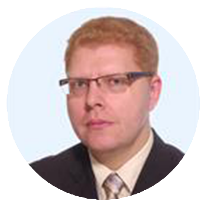 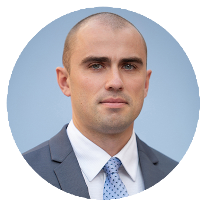